Forgive me, but I couldn't resist the title. It is, however, a little bit of a misnomer. The Oswald and I book tour included not only Rose "Daisy" McDonald, but also Vicki McDonald Moyer. So technically, my husband and I accompanied Ms. Daisy and Ms. Vicki.

The week-long book tour for Oswald and I was an amazing success. I still can't believe at times that my husband and I were blessed to take part in such a historic event. Seriously, how often do you have the opportunity in life to help make someone else's dream come true?

Our first stop was on Sunday, November 17, 2013 at Country Club Village Retirement Community. This was a perfect choice to kick off the tour, since it is not only where Ms. Daisy lives, but where we met and what started the proverbial "ball rolling" to bring her husband's story to print. A huge thank you to the staff of Country Club Village for helping us put together a successful launch, especially Linda Gothard and Diana Hall. 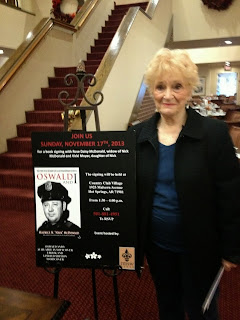 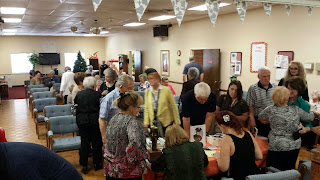 We had a great crowd! 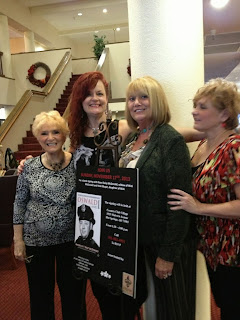 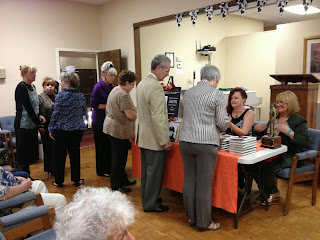 The line was long to get a signed copy! 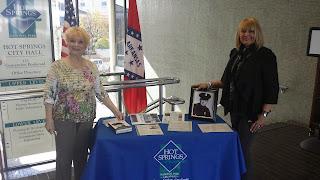 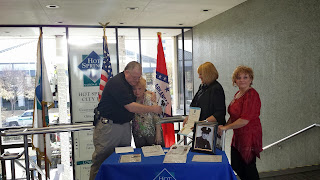 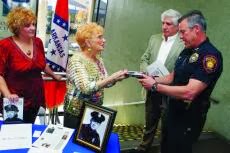 A sincere thank you to the Hot Springs Sentinel Record for all the great coverage including the front page article by Allison Harbor interview.

The day ended with a copy presented to the Garland County Library. 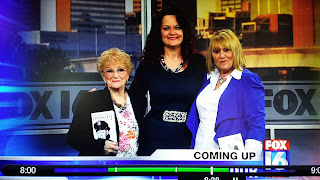 This stop opened the door to another great happening! The editor of AY Magazine happened to be at the Fox 16 studio that morning and was so enamored with Ms. Daisy that she requested an interview and photo shoot for the January, 2014 edition of AY Magazine. So, after our few seconds on air, we raced off to the photo shoot, where Ms. Daisy hammed it up! 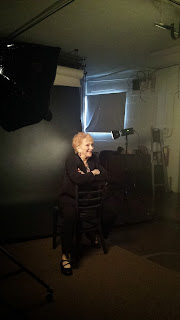 Then, it was off to the Clinton Library for lunch. Afterwards, another signed copy was presented to the Central Arkansas Library. 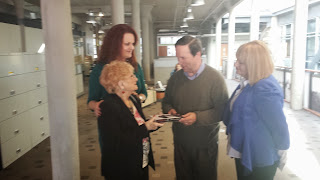 And the last stop for the day was to present a signed copy to Little Rock Police Chief Stuart Thomas. 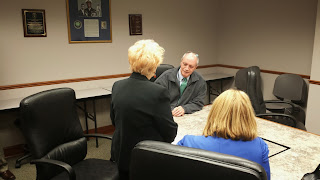 Wednesday, November 20th was a BUSY day. It started out at  7:00 a.m. with a radio interview at KZNG Talk Radio, hosted by Dick Antoine. By 8:00 a.m., we were on our way to Little Rock again, this time to present a copy to Gov. Beebe at the State Capitol. 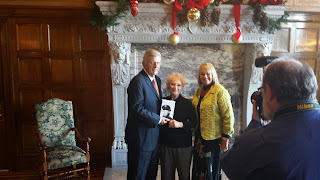 We had just enough time to grab a nice lunch then race back to Hot Springs for another book signing. This time, the lovely ladies over at Casa Bella hosted us--and we sold out of books! 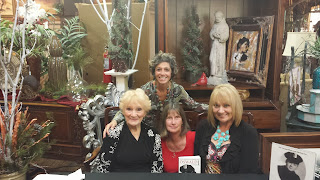 That night, all of us crashed early because we had to get up at the crack of dawn to head to Dallas the next day.

Thursday, November 21st was the day we headed to Dallas. Fortunately, we only had one stop on the agenda that day. I knew it would be an emotional one for both Ms. Daisy and Ms. Vicki because the stop was at the Dallas Police Department. 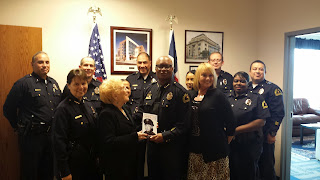 On Friday, November 22nd, the great folks over at Hastings in Greenville, Texas hosted us. 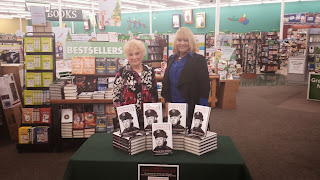 And on Saturday, November 23rd, we made our final stop--at the Dallas Police & Fire Pension Fund. Also in attendance was a representative from The Texas Theatre. 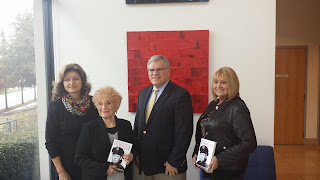 We experienced some interesting events along the way. Vicki left her wallet at the McDonald's in Arkadelphia, Arkansas. Unfortunately, this was not discovered until we arrived in Dallas! A few moments of panic ensued as we re-traced our drive from Arkansas to Texas. With a few clicks on my smartphone, the number to the Arkadelphia McDonald's popped up and the call was made. Sure enough, her wallet was still there and the manager said they would hold it in the safe until we returned. Our original plan was to leave Texas on Sunday to return home, but a wicked winter weather storm was approaching, so we left late Saturday afternoon. We pulled in to the Arkadelphia McDonald's around 9:00 p.m. and picked up Vicki's wallet--with not one single dollar missing.

The other unexpected event was the fact that I was fighting what I originally thought was a massive allergy attack. Turns out it was a nasty cold--and I became Typhoid Mary and infected everybody. Ms. Daisy and Vicki are still sick!

In the end, it was worth every bit of unexpected pitfalls. The joy of seeing Ms. Daisy and Ms. Vicki beam from ear to ear with each handshake, each presentation, each signature in Mr. McDonald's book was beyond priceless. It was an experience that none of us, including my ever patient and loving husband Michael (who was the actual driver during our trip) will never forget.

Ms. Daisy happens to be a phenomenal painter and is quite well known for her artist abilities. I am honored that she gifted me this painting, which now hangs in my living room. 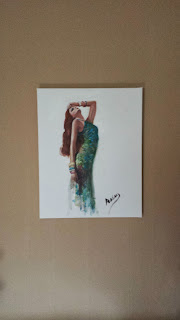 Ms. Daisy said her "ladies" come to her and she paints them. Sometimes, she never knows where the images come from. This time, she said she knew when she was painting this picture, the woman in it would become part of her life. I cried when she gave it to me and said "and now she has."