Today, I would like to extend a warm welcome to author Perry Martin!

Perry has graciously offered to one lucky winner a signed copy of his novel, Pretty Flamingo as well as one ebook!  From now until December 21st @ midnight, all you have to do is post a comment below and you will be entered!  That's it!  How easy is that?


Please specify in your comment your preference for a softcover or hardback and don't forget to leave your email address!  Good luck! 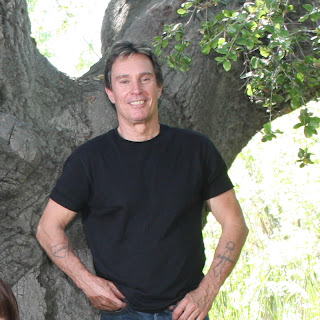 8.  How do you get ideas for your stories?
I got lucky with "Pretty Flamingo" in that much of what I describe actually happened - - either to me or someone I knew.  Because of that the story pretty much wrote itself.  With my second novel I drew on a single, traumatic experience from my childhood and built a whole story around it.  Still more recently, I'd found myself thinking about the prospect of getting old and it got me thinking about what, in my life, I would go back and re-experience, if I could.  I went to sleep the other night with that thought in my head and woke up at around 2:30 am with the whole idea for a third book.  I couldn't get back to sleep until I'd written the whole synopsis.
I realize none of what I just described really explains how I get idea, just that I do.  To quote the protagonist in my second book who, coincidentally enough, is a songwriter:  "I worry that if I think too much about where the ideas come from, they'll stop coming."
9.  If you didn’t become an author, what do you think you would be doing now?
Probably playing music.  I still do, actually, about once a month - - just to keep my hand in.  But it's not something I want to make a career of anymore.  The writing bug has pretty much gotten hold of me and since I know I have at least two more books in me I'm going to go for it.
10.  Give us an insider look into your latest novel.
DAVID PERRY is a  transplanted Aussie who’s been a resident of California since 1983.  A youthful-looking 51 year-old, David has made a good life for himself - - materially.  A personal failing, however, has been his inability to give himself completely to any woman.  Sometimes he swears he can almost feel something holding him back - - preventing him from giving his all.
David wakes in the early hours one morning to find that he is crying and he experiences a longing that surprises him with its’ depth of emotion. He reviews the failure of his latest relationship and can find nothing even remotely resembling the feelings of loss and desolation he was experiencing upon wakening.
The next day David finds himself reminiscing about his teenage years in Australia.   Sifting through his memories David encounters a completely blank 6-month period of his life.  It’s as if it has been wiped from his mind with only a few fragmented images available to his recall.  Over the next few days David experiences brief flashbacks - - all centered around a mysterious blond-haired girl; a girl whose memory evokes the most incredible feeling of love and adoration within him.  Who is she?  These flashbacks are often accompanied by disturbing emotional and physical reactions and lead David to the conclusion that they are somehow connected to the missing months.  What could have happened during that period?  And why and how had it been so effectively hidden from him?
From this point on, David will begin an emotional journey that will eventually uncover a part of his past he never knew existed.  He will discover a love so powerful that it transcended the purely physical; a loss so devastating that it changed his whole life and a promise that, if he can keep it, will return to him all that he cared most about in the whole world.
11.  If your novel made it to the big screen, what actors do you see playing the key characters?
David Perry, the protagonist as an adult?  Tom Cruise (In my dreams!).  Hailee-Steinfeld as the teen female lead.  Hugh Jackman in a part that won't endear him to many mothers but it sure is juicy.  Jessica Chastain as a young woman and the same character 35 years later. (She'll probably get an Oscar).  I haven't really thought beyond that but there are tough, challenging roles for many of the characters.  If you read the book you'll see what I mean.
12.  What’s the worst experience and best experience you ever had as a writer?
My worst experience - - and this is probably nothing compared to what some writers have experienced - - was not winning a Self-Published Novel competition I really thought my book should have won.  If that's the worst thing that happens to me I'll be okay with it.
My best experience was seeing how this novel was affecting people who read it, how much they loved it and the characters in it.  One reader said she never wanted the book to end!  That was exactly the effect I had set out to create.  That felt really good and pretty much convinced me that I should write more books.
13.  Where do you see yourself in five years with your writing and your life?
Five bestsellers under my belt, each of which are made into hit movies.  Happy, healthy, comfortable with my success and doing what I can to "pay it forward" and help other struggling writers to realize their dreams.
14.  Where can people find you and your books on the Internet?
PRETTY FLAMINGO/PERRY MARTIN LINKS 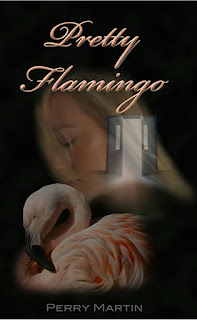