Review of Unveiled and Interview with A.D. Trosper

It has been way too long since I hosted the talented Audra Tropser on my blog, so when I heard she had a new release, I was excited and begged her to drop by for a visit to discuss Unveiled. 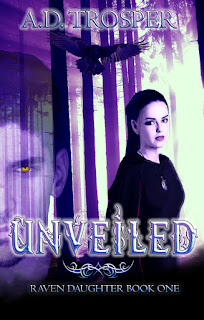 Let me share my review of this book, followed by the interview: 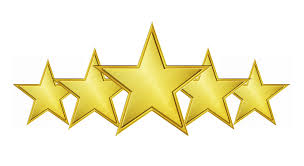 A.D. Tropser is known for creating detailed, fascinating worlds, ranging from ones where dragons fly to peeking behind the veils of time and space. I have read all of her books and enjoyed them all for her attention to detail, vivid descriptions and memorable characters.

Unveiled is yet another winner. Audra’s creative mind went into overdrive as she weaves the story of Jo and her sister as they journey down a new path—one that neither young woman had a clue existed.

Jo was my favorite character because she is the perfect embodiment of strength and vulnerability. When her entire existence is flipped on its axis, the way she handles the unbelievable is tinged with biting humor and lots of snarky comebacks. When the “unveiling” happens, the reader is transported into a world that would terrify most, yet Jo embraces it with gusto.

Mystery, fantasy, intrigue and a touch of romance make this book a must read for lovers of the YA/Paranormal.


When did you realize writing was your passion?

I have always loved writing and telling stories. I wrote a lot of things that were never finished when I was kid. A lot of that fell to the wayside when I had my own kids. As a mother of two, working part-time and going to college full time, writing for fun just didn't happen. Then, in my late twenties, my husband helped me rekindle my love of writing and boosted my confidence that I could write an entire book. I've now written and published six full length novels, one short prequel, a children's Christmas story, and also written for three anthologies.

What drew you to YA/Fantasy/Paranormal genre?

I have always loved the YA genre. As a kid reading Christopher Pike, all the way up through adulthood, I have had a love of YA. Though I do read some that don't have fantastical elements, prefer stories with magic and supernatural elements, especially if they have some romance in them. So it felt quite natural to branch out into that after writing epic fantasy.

What message do you hope your readers take away from your work?

If there are messages in my work, I am unaware of them. If the curtains are blue, it's because they are blue, no other reason. I write the stories that invade my brain and that I enjoy writing.

You have a fantastic imagination and a real gift for creating other worlds. What do you attribute that to?

In Kindergarten, my school was a ways away, but on nice days, my mom would walk me to school. I was barely six years old and I spent one of those long walks with my mother, spinning a tale about a chocolate chip cookie that escaped its jar and tried to take over the world before a young boy managed to wrestle it back into its jar. The day was saved just as we arrived at the school. I guess if I could attribute it to anything, it would be my parents letting me prattle on (and being genuinely interested in my little stories) from a very young age.

You recently took on the challenge of formatting your own books and designing the covers. Why?

Having someone else doing all of that work was not only cost prohibitive, but also just wasn't working out for me. I tend to be a little OCD about details and I need to be able to work on those myself so everything can be tweaked exactly how I want them, even if that means regenerating files 20 times until it looks exactly how I want it to. I used to be intimidated by the idea of formatting, but ended up finding the process quite enjoyable. Doing these things myself means I don't have to deal with any dishonesty, timelines that don't match mine, and I can make sure my files are done when I want them done.

What’s the one thing about being a writer that drives you insane?

Marketing. I hate marketing, I'm not very good at it, and the introvert in me has difficulty stepping out of the shadows to push my books in any meaningful way.

What’s the one thing about being a writer that drives you to continue on the journey?

The characters. If I don't write them, they will get revenge. They show up in my head, introduce themselves, and start telling me about themselves and their backstories. And they absolutely will not shut up until I agree to write them.

We’ve all had bad reviews. If you could sit down with the person who wrote the one that tore at your soul, what would you say to them?

I haven't had a review that tore at my soul. Bad reviews don't get to me  for two reasons: 1. I write and publish because it makes me happy, if it makes readers happy too, that is icing on the cake. 2. Everyone is entitled to their opinion, and even if that opinion is that my book is a pile of garbage that isn't even worth the lighter fluid it would take to set it on fire, that's okay. They have a right to that opinion.

Knowing what you do now, if you could go back to the moment you completed your first book, what advice would insist you listened to?

Editing. Pay for the editing from a good editor, and to shop around until I found an editor I could trust and who would mesh with me and my writing, not just take the first one that came along. Thankfully, I now have a great editor that I adore and who meshes well with me.

She speaks my language, a mix of sarcasm and frankness. One of my favorite notes she left in the file for Unveiled was, "WTF is this? You've written like six books and you wrote this sentence like this? You can do better than that, fix it."  I burst out laughing, reread the sentence, and she was right, it sucked, lol.

What inspired you to write Unveiled?

Jo showed up in my head and proceeded to tell me about herself. Then she rolled out one of the scenes in the book in perfect detail (while I was trying to fall asleep mind you)
and then waited, tapping her foot in impatience. When it took me a minute to answer, she snapped, "Well?" Of course, I agreed to write her. The interesting thing is, this is the first time I've ever written in first person. I sat down the next day to write out the scene she'd shown me and it started coming out first person. I tried to switch it to third because that is how I've always written. It was like I was wrestling with myself, I would go back and shift the first couple of paragraphs to third person, but when I started writing again, it once again came out first person. Finally, Jo said quite clearly, "This is my story and you will write it how I say to write it, damn it." So Unveiled is in first person, as will be the other books in the Raven Daughter series.

Tell us about the main character.

Jo (her name is actually Josephine, but she hates that name) has been incredibly fun to write, she is strong but a little broken. She's sarcastic, flippant, irreverent, loyal, caring, and determined. She can be grumpy and unfiltered, but she also isn't afraid to admit when she's wrong. She is probably my favorite character out of all that I have written. Except maybe Kellinar from the Dragon's Call series, he's another favorite, but Jo definitely ranks right up there with him.

Here is the link to Unveiled: (it's a universal link, so no matter what country a person is in, it will take them to their Amazon store rather than defaulting them to the U.S.)  myBook.to/Unveiled

“There will be many hands against her, for almost as many reasons as there are hands.”
Thrust into a world she never knew existed, Jo discovers she’s anything but normal. She was born to be a reaper, but her father’s crimes have already stacked the deck against her and she must prove she deserves a place on that side of the veil.
When souls start disappearing from the rolls, she’s persuaded into making a decision that sends her away from her new home and into the company of the powerful and dangerous, Caius. It’s a journey that reveals the secrets of Jo’s full heritage. One that leaves her wondering who she can trust and struggling to stay alive.

The Bound Series: myBook.to/BoundSeries
at February 10, 2017