Last week Phyllis answered four questions about her work and process and nominated three other writers to continue the chain. I am honored that Ms. Phyllis included me in this tour. Below are the questions and my responses.

I just finished my seventh novel which is currently in editing. I plan on releasing it in the Fall of 2014. Also, I am almost finished with a paranormal thriller entitled Growl which I should have finished by the end of 2014. And I am super excited to announce I am collaborating a new series with my mother entitled The Majestic Life which will most likely be a three book series.

Though most of my previous books have been suspense/thrillers, this newest novel, Empty Shell, is more of a heart-wrenching mystery. It explores just what it means to really love someone and how our immediate perceptions of events can sometimes be totally off the mark--and how our reactions to incorrect information can destroy the lives of countless people. Below is a working synopsis of the book:

When everything you know changes in the blink of an eye, how do you cope with the fallout? That’s what Melody Dickinson is about to find out on a hot, humid Monday morning when she discovers her husband of twenty years, Jack, has been unfaithful. The betrayal is made worse when she realizes his lover is a young coworker at her law firm. Melody isn’t sure her marriage will survive, but she is certain of one thing: there is no way she can work alongside the woman who seems hell bent on ending her marriage.

After choice words are exchanged between Melody and Jack, she heads off to work. Melody is determined to have her husband’s lover, Serena Rowland, fired. But when Melody arrives at her office, she senses something is wrong. At first, Melody assumes the odd quiet and downtrodden eyes of her fellow employees are because everyone already knows about the affair and feel sorry for her. When Melody’s boss, Roger Stanek, asks her to step into his office to discuss the situation, Melody is beyond humiliated. Unwilling to go down without a fight and lose her job of eleven years, Melody finds the courage to ask Roger to support her and fire Serena.

The response Roger gives her will change Melody and Jack’s world forever. Shocked that Melody doesn’t already know the news about one of the richest men in Arkansas’ only daughter, Roger informs Melody he can’t fire Serena because she’s dead. Not just dead—murdered—her body found beaten and strangled in the same hotel room that Serena had shared with Jack only two days earlier. Within seconds of hearing the news, Melody’s life undergoes a paradigm shift after Jack calls her in a panic when the police arrive at their home to arrest him for Serena’s murder.

As Melody’s life spins out of control, she must choose between the hard, solid evidence that her eyes see and the love inside her heart for things she can only feel. Was she married to a monster that beat and strangled Serena to death or was Jack set up? Did Melody’s own dark secret, hidden inside her heart for years, have something to do with the nightmare she suddenly finds herself in? Less than a week later, Jack is found dead in his cell, his death attributed to a previously unknown allergic reaction to penicillin. Since Jack’s DNA was found at the crime scene and matches to the DNA of Serena’s unborn baby, the police close the case, filing it away as solved.

But when Melody uncovers new evidence that points to someone else’s involvement, will she be able to sway the police to reopen Jack’s case and begin an investigation into his untimely death? Or will the individuals responsible for destroying her life do everything in their power to stop her? With nothing left in her world, Melody is determined to uncover the truth and clear her husband’s name. Will Melody be able to overcome her pain, or will her life be destroyed when the truth does emerge?

2) How does my work differ from others of its genre?

I tend to tell my stories from the first person perspective. I do this because it gives me the freedom to really delve into the mind of the main character.

I love to read a book that makes you gasp, grip the pages tighter and wonder what YOU would do if faced with the same situation. My hope and goal with each book I write is that the reader won't just be entertained (which, of course, is a must) but that the story will linger with them long after they read the last sentence. Everything I have written (with the exception of The Lie) has real life applications and are situations that could happen.

4) How does my writing process work?

Like so many others out there, I still hold a full-time job. So, writing happens at lunch, after work and sometimes late at night after the hubby is asleep. I have an extremely long commute to work each day so I work the stories out in my mind while I drive. It's like watching a movie--I see each chapter as a scene and I work it out visually what should happen next. Then, when the images all swirl together and form a tight scene, I write it down when I get to the computer. My question and answer session is now over so I would like to introduce you to three other writers! I believe you will enjoy their work as much as I have.

Bio:
Hannah Steenbock is a German writer of Speculative Fiction. She uses both her native German and English as languages for her tales, as she tends to think in that language when plotting Fantasy.

After finishing university with a degree in English and Spanish, she lives and works in Kiel, the northernmost state capital of Germany. Her other pastimes include working as a therapist, riding horses, strolling along beaches, talking with trees, and devouring as many stories as time allows. 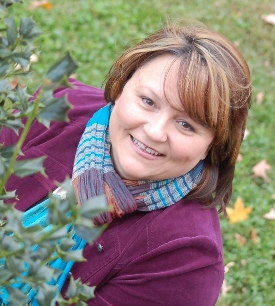 LaDonna Cole is a Texas girl who thrives in the Smoky Mountains of Tennessee. Playing Ukulele, singing, writing fantasy/fiction, and traveling as much as possible, a Psychiatric Nurse and incurable optimist, she draws on her zest for adventure, passion for family, and journey through faith to release the soul of each new story. Published works include: Drummer Boy and The Torn Book One Holding Kate Series, Heartwork Village Grief Recovery Curriculum, and A Ready Word.
www.facebook.com/LaDonnaColeAuthor
Twitter@latidonna 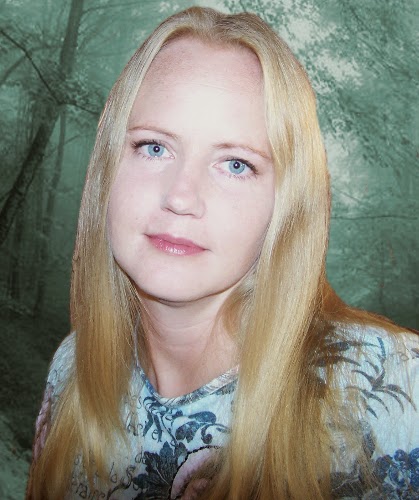 Blog link: http://adtrosper.wordpress.com/blog/
Bio:
Writer, mother, ruler of the world inside her head.
A.D. Trosper is the author of the bestselling, award winning Dragon's Call series. The first and second books are already out under the titles Embers at Galdrilene and Tears of War. She has also written a children's book and has three books planned for release in 2014. A.D. enjoys writing in a variety of genres including epic fantasy, urban fantasy, and paranormal romance.
An avid lover of animals, she has rescued and rehabbed horses, goats, dogs and cats. When not writing, she spends time with her family and pets. She is convinced chocolate is a necessary food group and magic is real (not always the way we think it is, but real nonetheless).