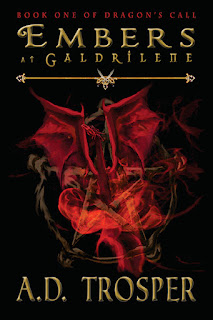 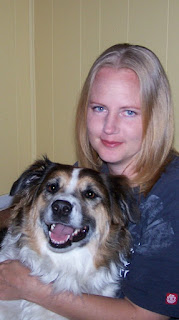 One Phone Call Can Change Your Life....

A random phone call can change everything in the blink of an eye. Sometimes, the ringing of the phone brings painful moments. Notification from your doctor as you await test results. A friend calling to tell you about the demise of their marriage. A long lost family member contacting you out of the blue, desperate to reconnect.

But sometimes, an unexpected call is game-changing in a good way. I found myself on the receiving end of just such a call last week.

On October 30, 2012, I was a guest on ArtistFirst Radio for the second time in 2012. The interview was only an hour, but it was quite fun as we discussed my latest release, Adjusting Journal Entries. I enjoyed the banter with the host, Tony K, and once over, continued on with promoting my latest novel.

Then, three days later, the phone call came, and I almost didn't answer it. You see, I was at work and at first, didn't recognize the out-of-state number. But, at the last minute, I remembered that was the same area code that called me for my appearance on ArtistFirst, so before the last ring, I answered. On the other end was the station owner, Scott.

He introduced himself and told me the reason for his call.  Apparently, Tony K enjoyed my guest appearance on the show so much that he approached Scott with the idea of me hosting a show on ArtistFirst. Once I gathered my wits about me and wrapped my head around what Scott was offering me, the detailed discussion began about me stepping up to the plate and moving from BlogTalk Radio to ArtistFirst.

And so I have. Now, each Sunday night at 8 pm EST/ 7 pm CST, I will host a one hour show on ArtistFirst, "The Ashley Fontainne Show". My first guest on December 2, 2012 is none other than NY Times Bestselling author, Janelle Taylor. On December 9, 2012, my guest will be NY Times Bestselling author Raymond Benson. (Yes, that Raymond Benson--can you believe it? I'm nervous already!)

My BlogTalkRadio show will continue on in the hands of my great co-host, Bennet Pomerantz. His show segment, ANYTHING GOES, will still grace the airwaves. And, I will continue on with BlogTalk through my last booked show in December while I transition over to ArtistFirst.

Once again, opting to publish my work on Amazon has moved me in directions that I never thought I would take! To know that I will have the opportunity to be a part of the family at ArtistFirst is mind-boggling. I hope that each of you reading this will tune in to the shows and enjoy them as much as I will enjoy hosting them!

One phone call really can change your life. :)