Introducing The Cover Reveal For "Zero Balance" By Ashley Fontainne

Don't miss this riveting sequel to Accountable To None. This international bestseller has a sleek new look inside and out! The team at Blue Harvest Creative has done it again! The cover for Accountable to None was phenomenal...this one is STELLAR! I can't wait to see what they come up with for Adjusting Journal Entries, which is slated for release on Halloween. 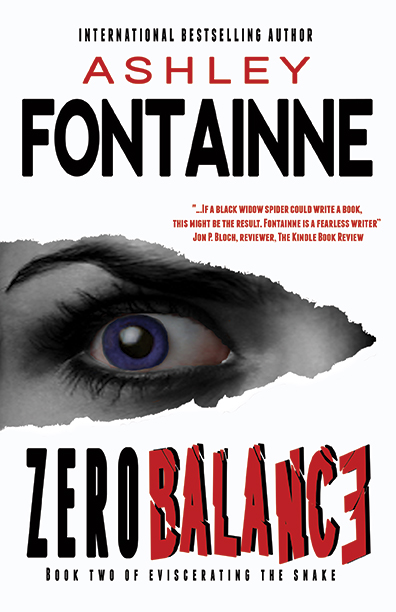 Nine months ago, Audra Tanner exposed the hidden secrets locked away at the prestigious accounting firm of Winscott & Associates. No one escaped her wrath. And once the smoke had cleared, everyone watched as the diabolical Olin Kemper was led away in handcuffs. Now Audra's meticulous revenge has thrust her into the role of managing partner.

But the firm is struggling to survive amidst the turmoil and media attention surrounding the shocking arrest and upcoming murder trial of Olin. And Audra must face the fallout left from her explosive revenge while trying to heal and recover from the trauma of her past.

Audra thought she had ended the evil lurking within and that her revenge would set her free. Unfortunately, it's only the beginning. Because evil never dies, it only assumes a new form. Soon everyone at the firm will discover that no one is safe when you are dealing with a psychopath that has zero balance.

Available October 18, 2012 on Amazon US and Amazon UK.
Connect With Me!

Email ThisBlogThis!Share to TwitterShare to FacebookShare to Pinterest
Labels: #accountable to none #ashleyfontainne #books #thrillers